Implementing the langserver protocol for RQL

One of our next project for cubicweb and its ecosystem is to implement the langserver protocol for the RQL language that we are using to query the data stored in CubicWeb. The langserver protocol is an idea to solve one problem: to integrate operation for various languages, most IDE/tools needs to reimplement the wheel all the time, doing custom plugin etc... To solve this issue, this protocol has been invented with one idea: make one server for a language, then all IDE/tools that talks this protocol will be able to integrate it easily.

So the idea is simple: let's build our own server for RQL so we'll be able to integrate it everywhere and build tools for it.

Since RQL has similarities with GraphQL, one of the goals is to have something similar to Graphiql which is for example used by GitHub to expose their API at https://developer.github.com/v4/explorer/ 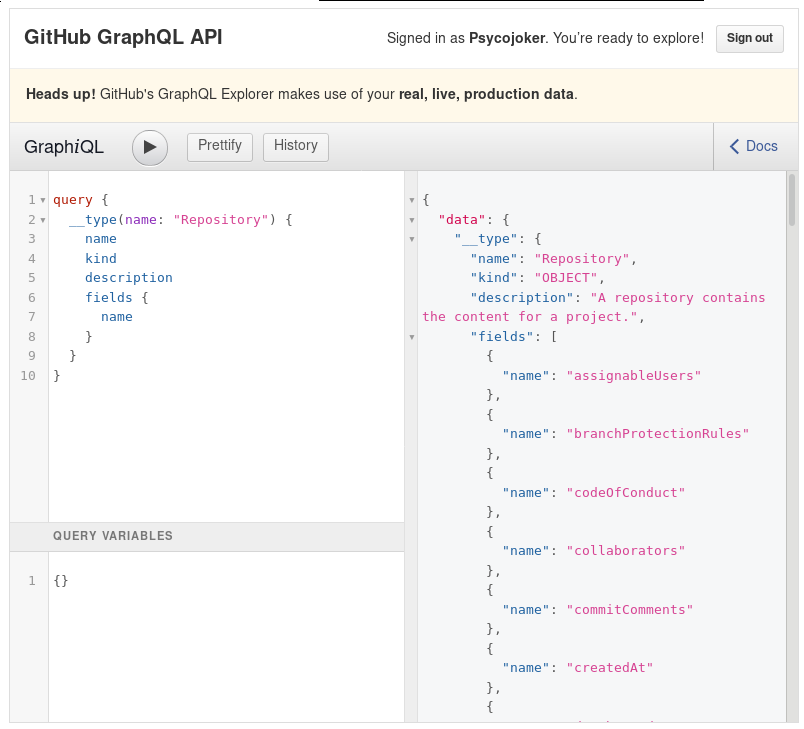 So, what is the language server protocol (LSP)?

It's a JSON-RPC based protocol where the IDE/tool talks to the server. JSON-RPC, said simply, is a bi-directional protocol in json.

In this procotol you have 2 kind of exchanges:

The LSP specifications has 3 bigs categories:

The specification is much more detailed but way less comprehensive (look at the "language features" on the right menu for more details):

(Comments are from my current understanding of the spec, it might not be perfect)

The one that is really interesting here (but not our priority right now) is "codeAction", it's basically a generic entry point for every refactoring kind of operations as some examples from the spec shows:

But I'm not expecting us to have direct need for it but that really seems one to keep in mind.

One question that I frequently got was: is syntax highlight included in the langserver protocol? Having double checked with Laurent Wouters, it's actually not the case (I thought documentSymbol could be used for that but actually no).

But we already have an implementation for that in pygments: https://hg.logilab.org/master/rql/file/d30c34a04ebf/rql/pygments_ext.py

What is currently existing for LSP in python and rql

The state is not great in the python ecosystem but not a disaster. Right now I haven't been able to find any generic python implementation of LSP that we could really reuse and integrate.

There is, right now and to my knowledge, only 2 maintained implementation of LSP in python. One for python and one for ... Fortran x)

Palantir's one makes extensive use of advanced magic code doesn't seems really necessary but it is probably of higher quality code since the Fortran one doesn't seems very idiomatic but looks much simpler.

So we'll ever need to extract the needed code from one of those of implement our own, not so great.

On the RQL side, everything that seems to be useful for our current situation is located in the RQL package that we maintain: https://hg.logilab.org/master/rql

After a discussion with Laurent Wouters, a first roadmap looks like this:

Once that's done, start implementing the language features for RQL:

To better understand the motivation behind this move, it is part of the more global move of drop the "Web" from CubicWeb and replace all the front end current implementation by reactjs+typescript views. In this context CubicWeb (or Cubic?) will only serves as a backend provide with which we will talk in... RQL! Therefor writing and using RQL will be much more important than right now.